What if the Doctor was black?

Whenever the Doctor regenerates, fans of Doctor Who discuss just how far the character can be changed. Could he change sex? Could he become ginger?  Most people seem to think it is unlikely that he will ever change his skin colour.

But in 2013, an alternative history listed female Doctors. Maybe it's time for another look.....  what if the Doctor were black?

[What follows can no doubt be improved on, it's based on a number of actors I'm aware of and Googling for others, but here we go...]

The first series was a gamble all round, basing a family TV show around a man from another planet. By casting the Doctor as a black man, the creators found a metaphor for his alien origins. In the 1960s, new arrivals from the Caribbean were seen as exotic and threatening. Doctor Who used that to give an edge to a somewhat whimsical character, while never directly referring to his apparent race.

The show was a surprise hit and, when the first lead moved on, the producers came up with the idea of "regenerating" the character with a new actor in the role. While he could in principle come back as anyone, they decided to stick with the winning formula. By so doing they provided a showcase to expose black talent which might otherwise have remained stuck in stereotyped roles.

The Doctor made waves outside the living room. When Paul Boateng was elected Prime Minister in 1997, he cited Doctor Who as a childhood inspiration.

1 Earl Cameron
Casting the first Doctor involved persuading a successful film actor that this could be more than a children's series. Bermudan Earl Cameron had helped break the colour bar in stage acting, and won a reputation for his movie work, but reaped a harvest of menacing characters in Bond movies and Tarzan films. He took the chance to become a grumpy alien, and made that role his own. 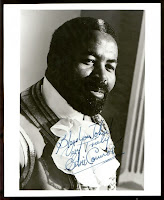 2 Edric Connor
When other commitments took Cameron from the role, he suggested the producers approach Edric Connor, a Trinidadian who was then the most highly-regarded black actor in Britain. Connor had performed with the Royal Shakespeare Company and founded the Negro Theatre Workshop, while appearing in shows such as Danger Man. Perhaps thinking of his 1956 role as the African harpooner Daggoo in Moby Dick, Connor offered to play the role as a "tough sea captain", but eventually made the doctor a "cosmic hobo". A folklorist and singer, Connor's Doctor would sometimes strum a calypso tune in moments of thought...

3 Cy Grant
Guyana-born Cy Grant had been the first regular black personality on British TV, performing a nightly topical calypso on the Tonight show in the late 50s. Grant was a qualified barrister with wartime service in RAF bombers. He played the doctor as a sophisticated, somewhat dandified action hero. After he left the show Grant's voice as Lieutenant Green added to the fan-appeal of Gerry Anderson's Captain Scarlet . 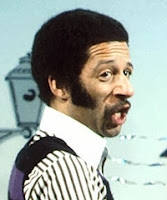 4 Derek Griffiths
The most outlandish and best-loved Doctor, Derek Griffiths was the first to be born in Britain, His previous TV work included Play School and Please Sir! but Doctor Who gave him somewhere to express himself. He made the character something of a hippy, with flamboyant clothes, and an anarchic manner. Fans still copy Griffiths' large sideburns and wide collars, and of course his scarf. 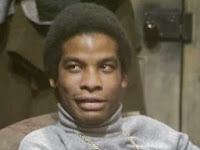 5 Don Warrington
Known for his small-screen success in Rising Damp, Don Warrington was a catch for the show. Having grown up in  Newcastle, he played the Doctor as quintessentially English. While he is a favourite for some fans, many feel he was let down by the quality of the writing in this phase of the show. 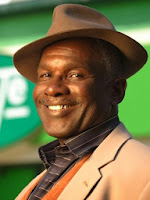 6 Rudolph Walker
Following his success in the sitcom Love Thy Neighbour (controversial at the time), Rudolph Walker joined the series at a time when it was floundering for direction, His considerable talent presented a mercurial Doctor - and he continued the role on radio after leaving the series 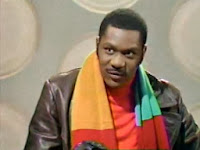 7 Lenny Henry
In 1986, the BBC felt Doctor Who was in need of a complete shake-up and cast Lenny Henry, an alternative comedian known for his work in children's TV. As viewers expected, Henry first played the Doctor as a clown. But disappointment with the "lightweight" nature of the series led Henry to develop a darker, more manipulative, even tragic side to the character. In 2009, the depth of Henry's Othello was a surprise for the critics - but not for Doctor Who fans. 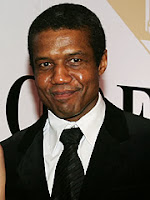 8 Hugh Quarshie
Ghanaian-born Hugh Quarshie had a film career including an appearance in cult favourite Highlander,when he was cast as the Doctor for the 1996 movies made jointly by the BBC and US studios - a "back door" pilot for a series that was never made. Quarshie turned in a solid performance but had little chance to develop the role. He went on to further successes.

9 Adrian Lester
For the eventual revival in 2005, the BBC cast Adrian Lester, a Shakespearean actor who had appeared in cinemas in Kenneth Branagh's Love Labours Lost, and on TV as Mickey Bricks in The Hustle. His Doctor was a recovering soldier, wracked with guilt over the Time War. Lester gave the role a tough feel and a Birmingham accent, but left after one series.

10 Chiwetel Ejiofor
The tenth Doctor, Chiwetel Ejiofor, arrived at the show straight from a role in Serenity, with a serious acting career that included a highly-rated Othello. A firm fan favourite, he embraced the science-fiction world and was voted the "coolest character" on TV.

11 Richard Ayoade
After appearing in The IT Crowd, Richard Ayoade was a well known face. His Doctor had an alien aspect which encompassed eccentricity and social awkwardness. He pulled a surprise coup of being seen as more cool than Ejiofor, His unlikely wardrobe experiments and nerdish in-jokes took off with fans.

12 Idris Elba
The 12th Doctor's announcement was a big surprise, a change of direction, and a sign of the show's ability to attract big stars. Idris Elba's work in The Wire and Luther was well known, and he starred as Nelson Mandela just before filming for Doctor Who. Fans of the other shows wondered how he would adapt. 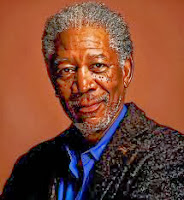 "War Doctor" ... Morgan Freeman
Machinations behind the scenes required a new Doctor for the show's fiftieth anniversary episode, to complete the Time War story first hinted at by the 9th Doctor.  Lester was unavailable, so the show's creators invented a new Doctor. They had a free hand casting the part - and sprang the existence of the War Doctor on viewers in a "big reveal" at the end of series seven. The idea that Morgan Freeman was going to be the Doctor set fandom alight. Universally held in awe, Freeman's casting nevertheless upset some who could not accept the idea of an American playing the Doctor. For some, he was just too alien....

If only this were real, and the current Moffatt straight, white, mostly middle-class, British man-parade was a fantasy. Instead, we have an utter shitshow that reads like bad fanfic.

Nice list. Not sure of Richard Ayoade in place of Matt Smith, but otherwise top marks! I always fancied Patterson Joseph for the role of Doctor Who

This site is also good